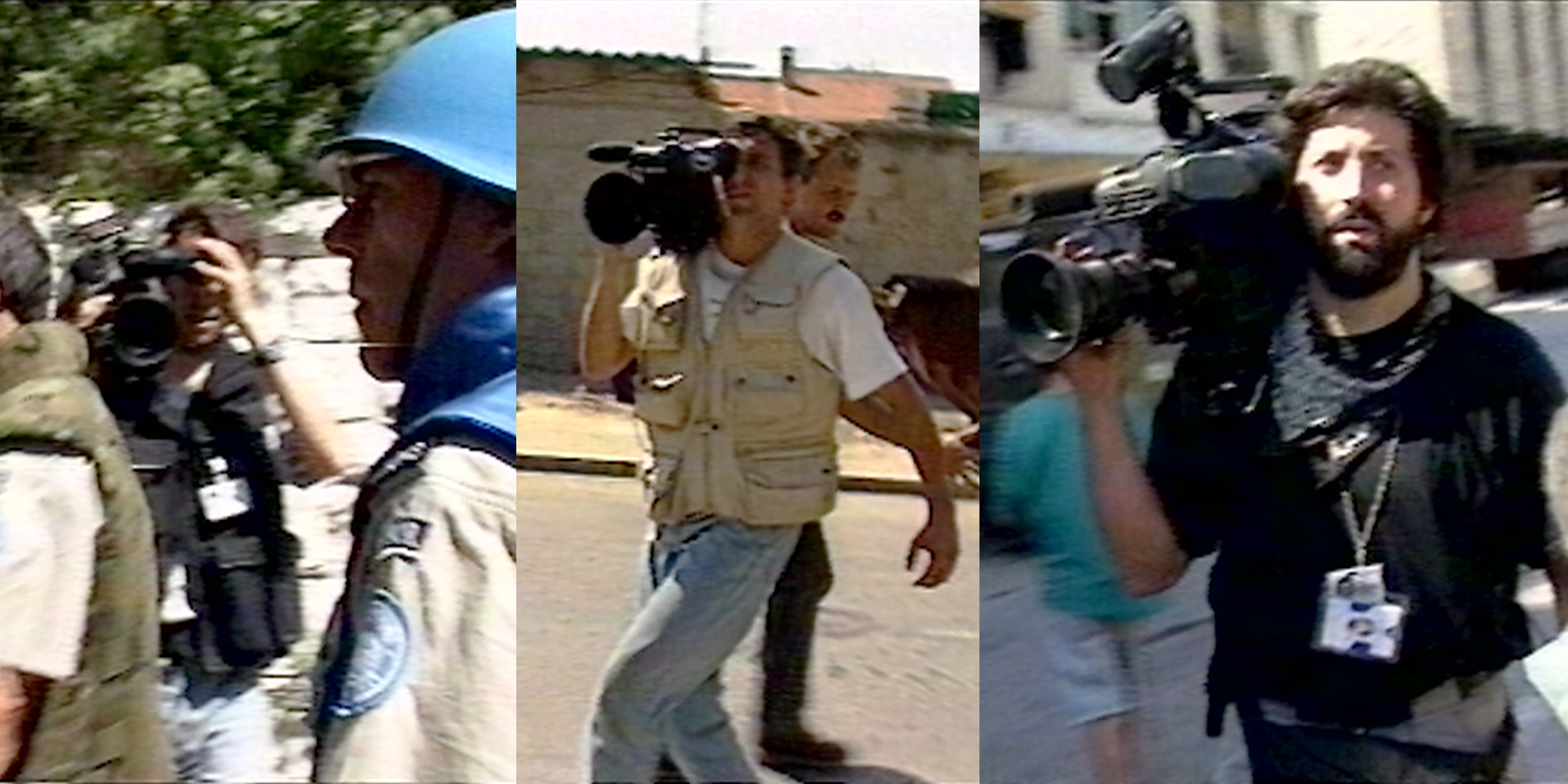 This paper examines the potential consequences of the loss of raw rushes of historical events on collective memory. It examines two sets of rushes from 21 August 1993 that survived against the odds, of the arrival of the first humanitarian aid convoy in the besieged enclave of east Mostar, Bosnia-Herzegovina. These rushes were compared with edited accounts and examined for elements that, in the words of Dai Vaughan, could generate “meanings oblique, peripheral or even antagonistic to the text as understood.”

According to a well-worn maxim, “journalism is the first rough draft of history”. This is certainly true for audio-visual media: typically, archives preserve edited, “finished” films, and rushes often get lost from the record. This highlights a sometimes overlooked form of exclusion from the archive: the selection of footage in the editing room. In commercial news archives economic pressures determine which footage will be digitised, and a diminishing pool of well-known images tend to be re-used in a “feedback loop of historical footage”.

Examining the rushes of the aid convoy to Mostar reveals how much the news coverage is coloured by the media spectacle accompanying the convoy. The clear emphasis on the humanitarian aspects of the story downplays the political stakes of the warring parties, and incongruous jokes to the camera provide unexpected glimpses of the pressures and the privileges of the international journalists and aid workers producing the images. These are insights that could only have been gleaned from the raw rushes of the situation, and are an indication of the kind of insights into comparable events that may have been “narrativised” out of the historical record, and lost on the cutting room floor.