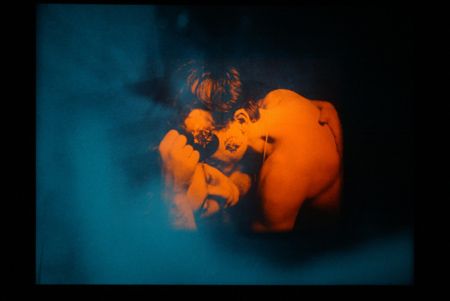 This featurette addresses the encounter with the illicit digitised images of Barbara Rubin’s psychedelic short film Christmas on Earth (1963-65). Following So Mayer’s interpretation of Derrida’s archive fever as the ache of a phantom limb (2020), I take the film as an urgent invitation to question history and open it up to the ghosts who haunt it, demanding rightful recognition. This practice of anarchiving, to use Brian Massumi’s term, the disjointed digital archive of counter-cinema aims at reactivating the power of Christmas on Earth and building a sensual, bodily relationship with it across time and space. The hope is to revisit the past and relodge forgotten memories in contemporary contexts, so they can be inherited as a political legacy.

This article contains images that feature nudity and sexual activity.