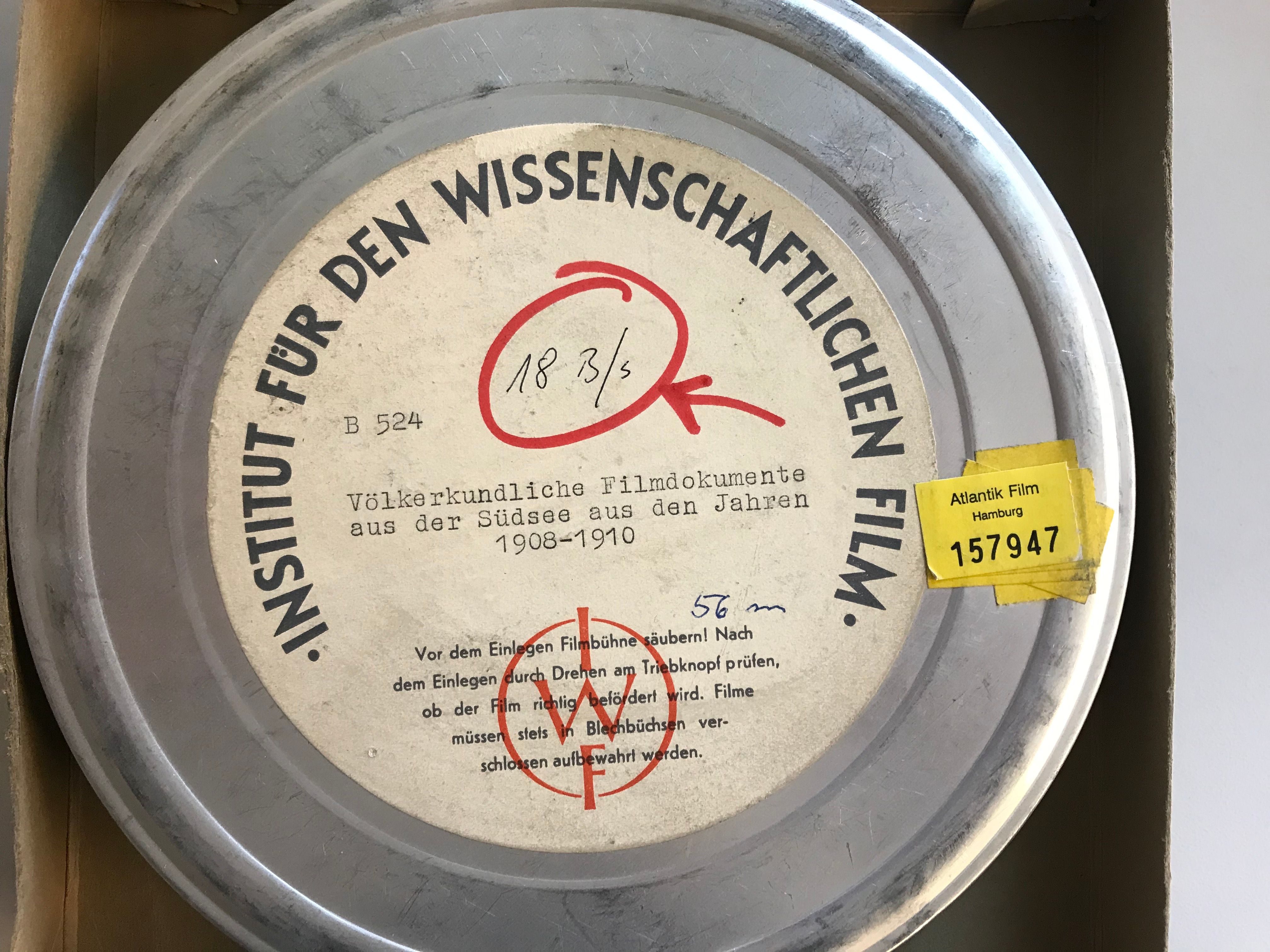 In 1908, Georg Thilenius, director of the Hamburg Museum für Völkerkunde, sent a group of researchers on an expedition to the then-German colonies in Melanesia and Micronesia. The team was also equipped with a film camera. In comparison to the several thousand photographs, sketches, and notes the quantity of film produced was very low: only around eleven minutes could be shot on 35mm footage. This footage, transferred to 16mm film in the 1940s and digitised in 2018-19, is analysed both as an event of early ethnographic filmmaking and as a specific archival object: to date the object biography of the Hamburg films shows significant changes of their materiality and no less important ruptures concerning their preserving archives. This featurette raises questions about the significance of film recordings for ethnographic research, the role of archives and museums in their preservation or digitisation, and, not least, their entanglement in German colonial politics. It reconstructs the object biography of the Hamburg films based on signatures, inventory lists, and descriptions of the expedition members to shed light on this entanglement and to question its status as an archival object. In doing so it argues for a relational understanding of ethnographic filmmaking and its preservation that accounts for the responsibilities, constraints, and different interests of the people and institutions involved in capturing, distributing, and transforming moving images into an archival object.