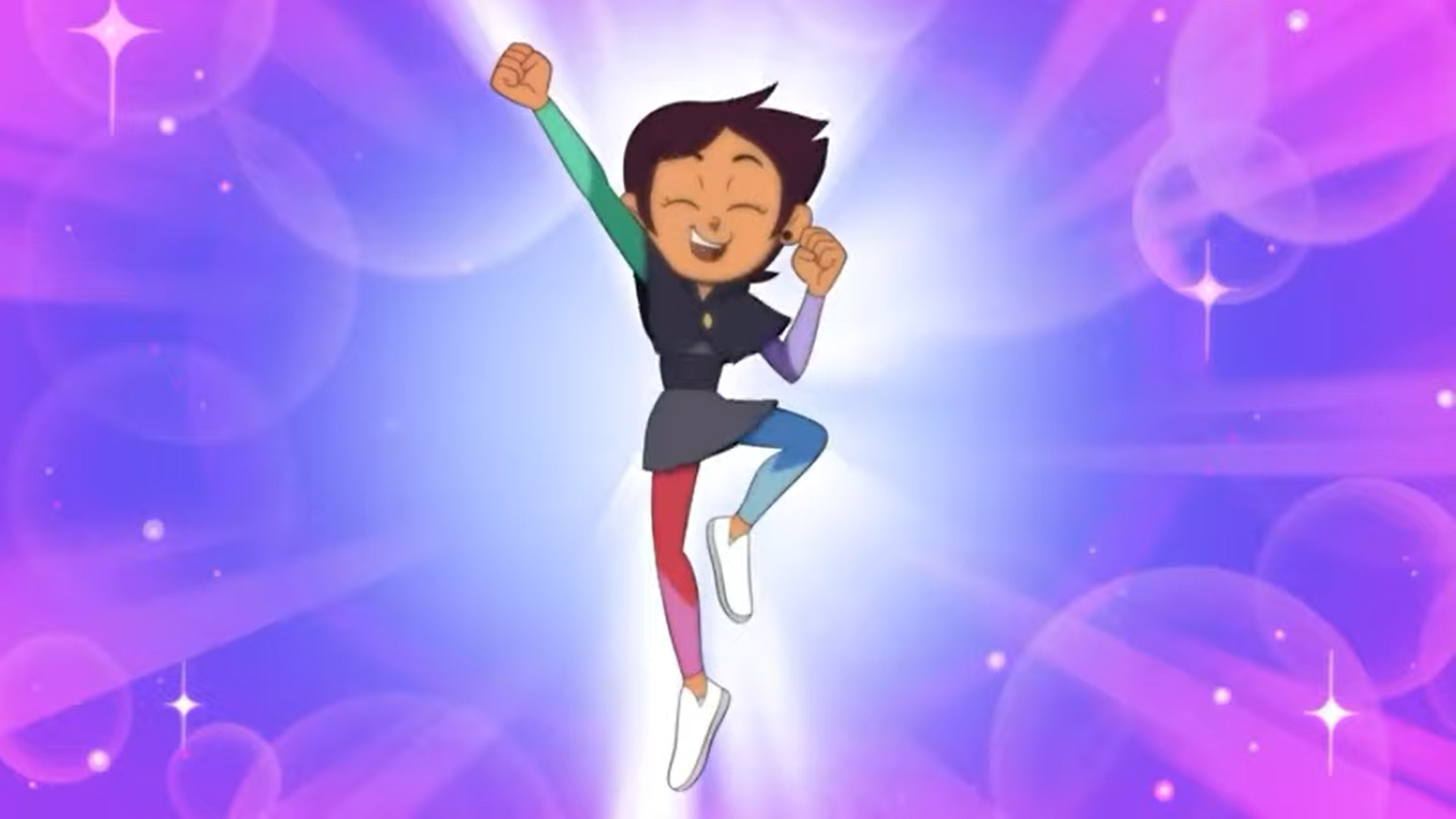 Near the end of the episode “The First Day” of Dana Terrace’s The Owl House, the series’s protagonist, Luz, receives permission to study every subject. Having overthrown her magic school’s traditional one-track system, Luz confesses, “Maybe it’s crazy but I wish I could study a little bit of everything.” At this wish, Luz finds herself suspended in space; magic adorns her in motley-colored garments, indicative of her intended multitrack pursuits, against an abstract backdrop of blue, purple, and pink: unmistakably, at least for this bisexual viewer, the color of the bisexual flag. Even before Terrace confirmed the character’s bisexuality, I suspect many bisexual viewers already knew.

My knowledge was excitement; I felt an intense energy that responded simultaneously to what I witnessed on screen and within myself. Later I thought of coenesthesia, “the potential and perception of one’s whole sensorial being” (Carnal Thoughts 67), and how this scene’s coenesthesia collides with Luz’s realizing herself in terms of her multifaceted potential. Given that “we extend space differently based on how we are orientated in the world” (“Questions” 207), I seek to explore how this scene posits bisexuality as multi-directional and interdisciplinary. Furthermore, I seek to examine how, from my perspective as a twenty-some-year-old bisexual viewer who wishes she had this show years ago, this scene also speaks to bisexual temporal orientations. How can we read this scene, and ourselves, in relation to the history of bisexuality, traditionally located “in the past or future, but never in the present tense” (Angelides 194)?