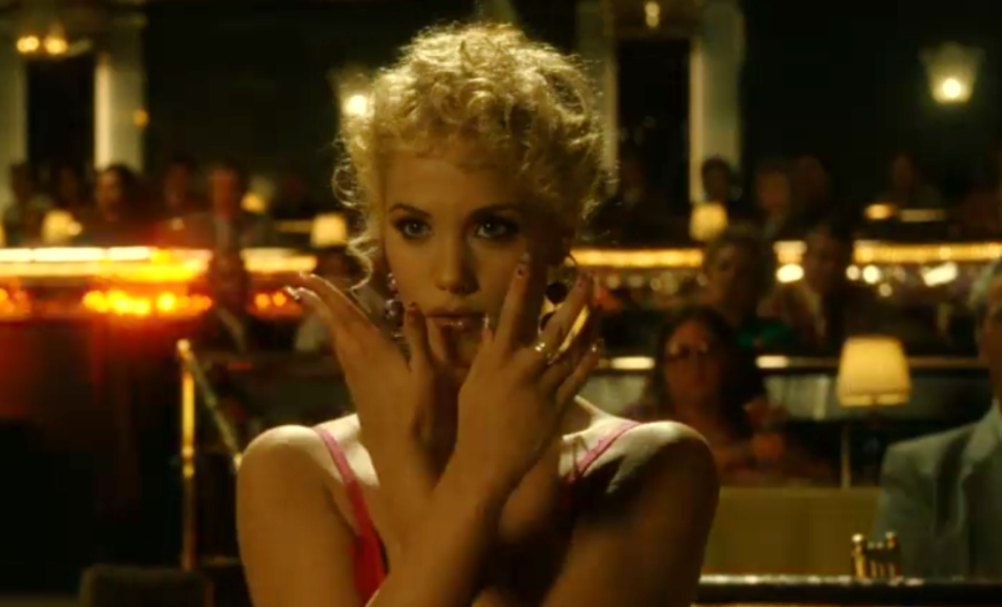 Showgirls (1995) was a high-budget, high-concept Hollywood movie that immediately bombed at the box office. Despised by audiences and critics, Showgirls later found an appreciative audience through late-night cult screenings in cinemas, drag shows, and in academic discourse on trash cinema. Considered lowbrow and sleazy due to its abundance of female nudity, Showgirls is reconsidered in this article. With its hyper-stylised format, considered visual construction, and campy performances, Showgirls, perhaps inadvertently, allows space for a queer female subjectivity through main character Nomi Malone (Elizabeth Berkeley); a complicated woman who embodies an intersection of gendered, sexual and classist oppressions that are archetypal of the fallen woman melodrama of classical Hollywood.

By queering Nomi’s journey through the heteropatriarchy that is the Las Vegas showgirl scene, this article identifies themes of narcissism and doubling that enable Nomi to construct her phallic public performance of female sexuality when she is on the stage, in order to protect a tender, loving, yet naïve inner self that emerges with close interactions with her best (girl) friend Molly (Gina Ravera). Nomi’s sexualised stage-self -reflected and thrown back at her through omnipresent mirrors - reveals the sacrifices she must make to reach for her dreams but also to protect her fragile, yet expansive capacity for loving other women. Showgirls unveils the complex struggle for empowerment that women face in patriarchal societies yet, unsurprisingly, perhaps this narrative journey was instrumental in the film’s box office failure and categorisation into trash cinema.