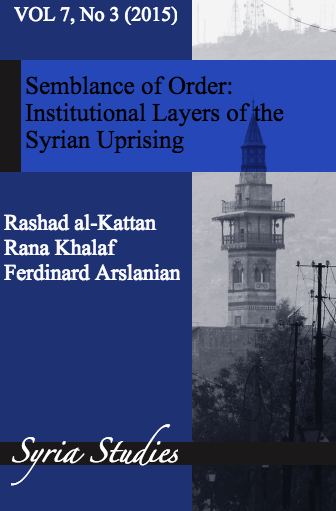 This article aims to break new ground in academia by bridging the existing knowledge and practice gap on governance during conflict. It seeks to understand the governance dynamics during conflict in the non-government-controlled parts of Syria. It pays particular attention to civil society and state building processes. In doing so, the study spans historical and geographical width. Historically, to understand the roots of the conflict, it assesses the state-civil society-market dynamics of governance in Syria prioir to 2011. Nevertheless, its focus is on contemporary Syria between March, 2011 and May, 2014. Geographically, its particular attention and in-depth analysis is on three areas in the non-government-controlled parts: Al-Raqqa (the city), Deir Ez-zor (Al-Mayadeen and the city) and Aleppo (the city).