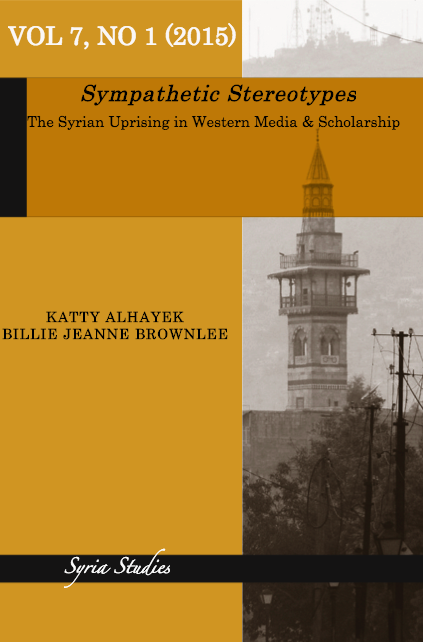 n The Revolution “From Below” and Its Misinterpretations “From Above”. The Case of Syria’s Neglected Civil Society, Brownlee reminds us that civil society in the Arab world in general, and in Syria in particular, was not born in the Arab Spring, and perhaps more important, it was not eliminated even after the Uprising evolved into an armed conflict. Through various case studies, Brownlee documents not only how well established the civil society experience in Syria was, but also how resilient it has been to the various attempts by both sides of the conflict to crush it. Yet, as Brownlee’s findings illustrate, Western scholarship is generally captive to an Orientalist approach, which presupposes an attractive and easily accessible narrative, again seemingly sympathetic, and proceeds to explore reality through its prism. Hence, Western media created a bipolar narrative according to which the Syrian population rose in unity against an oppressive regime. This is not only an oversimplification, but it also ignores very important facts that cannot be reconciled with it. Aspects of the narrative that are deemed too complicated however, as Brownlee documents, are simply censored, even when the crisis continues to evolve in a manner that is markedly inconsistent with the bipolar narrative Western media is attached to.