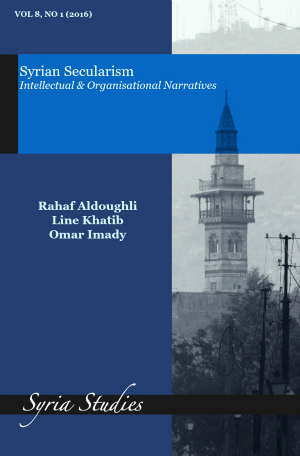 In Organisationally Secular, Imady introduces a novel method in analysing popular movements, especially those with a religious orientation. Using ideas from organisational typology and organisational communication, Imady identifies what he terms ‘organisational secularism’, or movements, which are secular in so far as how they are manifested organisationally, yet religious on the level of what they stand for and what they are trying to achieve. His case studies are the Kaftariyyah and the Qubaysiyyat, two Damascene movements that are disliked by the opposition, and distrusted by loyalist voices. Through their organisational narrative, Imady sheds light on the way in which state and civil society interacted in Syria, especially in the period prior to the Syrian Uprising. Imady documents how the Kaftariyyah and the Qubaysiyyat evolved, organisationally, over time and identifies the relationship between their organisational features and the type of dynamics they have had to face.