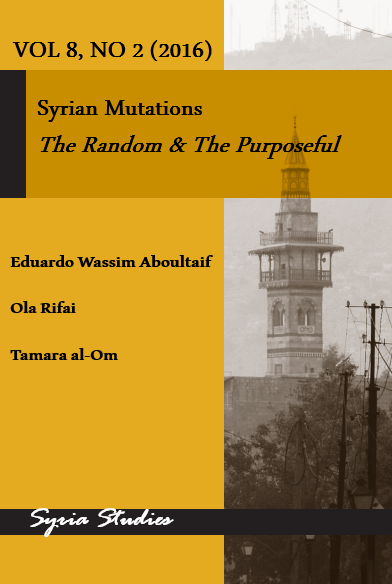 In The Emergence of The Political Voice of Syria’s Civil Society from within the Non-violent Movements of the Syrian Uprising, Tamara Al-Om address one of the most important aspects and ironically least addressed, of the Syrian Uprising. As Al-Om points out in her article, we are far more tempted to focus on the sensational, i.e. war, than we are on the far less dramatic, i.e. a non-violent civil society movement. Further complicating the attempt to focus ion Syria’s civil society within the context of recent events, is the fact that this entails a far more in depth knowledge of Syria than the attempt to understand a military conflict. Many scholars are tempted to dismiss that Syria, or other countries in the region, even have what might be called a civil society. Al-Om emphasises the need for the international community to refocus its attention on opposition groups within Syria, that are not only not armed but also not political in the strict definition of the term. In the absence of such an approach, not only do we risk holding on to an approach to events in Syria that is significantly not in touch with the majority of Syria’s population, but, even more important, risk being alienated from the very civil society institutions that will play the critical role in the rebuilding of Syria once a resolution is reached.