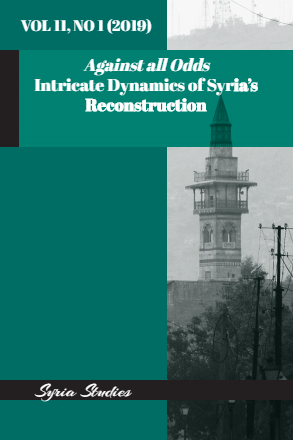 The Weaponization of Syria’s Reconstruction: A Preliminary Sketch  by Omar Imady explores what exactly is meant by "reconstruction" in the Syrian context and how this idea was weaponized by various players. It also sheds light not only on how distant the idea of reconstruction ultimately is from the realities it was meant to be preoccupied with, but also on the extent to which reconstruction became a front for the political and economic empowerment of various factions and players.