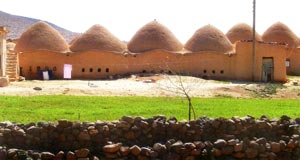 The story shared below sheds light on a hitherto unknown prelude to the Syrian Uprising of March 2011. It is a story of a microfinance network of sanadiq, or village funds, that was first established in an area known as Jabal al-Hoss, southeast of Aleppo, and was eventually disseminated throughout rural Syria. The story begins in 1996, when Syria hosted its first conference on poverty, and it ends in 2009, after the Syrian government shut down the sanadiq established at Jabal al- Hoss. For a brief period of time, over 7,000 inhabitants of Jabal al-Hoss were directly involved in an institutional setup, which empowered them politically and financially, and which constituted a model that was emulated not only in other parts of Syria, but in Lebanon and Jordan as well. In attacking and eventually dismantling this network, the Syrian government inadvertently lost an important opportunity to deflate the sense of political and economic marginalization of Syria’s rural inhabitants, which eventually found expression in the Arab spring.